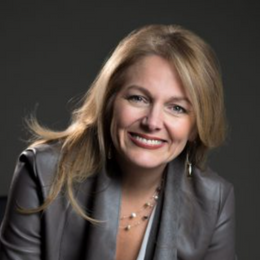 “Join us! The sooner the better. It is a  life-changing experience.”

Casey DeStefano is an accomplished International Executive Producer/Director. She has over 20 years experience in television and film. Her most exciting adventure was when she produced for the 15 time Emmy Award winning travel competition reality show, “The Amazing Race.”. Here she acquired knowledge of many cultures and gained vast experience in establishing contacts, and setting up productions all over the world.

Her producing/directing/writing/crew credits include: “What Not to Wear,” “Ghost Whisperer,” Transformers, Speed 2,” “The X-Files.” Notable companies that Casey has worked with: NBC, FOX, HBO, DreamWorks, Universal Studios, Columbia Pictures and Touchstone Pictures. Among her early directing efforts Casey worked in children’s television where she directed award winning shows for Nickelodeon and The Disney Channel. She has directed multiple episodes of the BAFTA & Emmy winning,” Even Stevens” with Shia Labouf (Transformers), the Emmy nominated show “That’s So Raven’” and Whoopi Goldberg’s, “Just for Kicks.”

Currently Casey owns her own boutique media agency D-Stef Media, where her team specializes in digital marketing for nonprofits and women led-businesses. D-Stef Media’s mission is for NJ nonprofits to have emotionally captivating marketing films to draw in more sponsors, donors, employees and volunteers to take action.

Casey has two children, Little Martin, 11 and Anna-Sofia 10 and has been married for 16 years to Big Martin. They enjoy travel, sports, film, reading and being goofy. Casey is her daughter’s flag football coach and she is honored to be on the Advisory Board of Impact 100 Jersey Coast. Casey’s proudest moment to date is the acceptance of her daughter’s horror short film, “tHe bOok’” in the 2021 Garden State Film Festival!

"In my advisory role, I love being in the know of everything Impact related and I am honored to help shape this organization for success. In my filmmaking role, I love working with the grantees. They inspire me to be a better person in so many ways."